Jump Lists are a feature in Microsoft Windows 7 that are designed to provide you with quick access to the documents and tasks associated with your applications.  Jump Lists appear on the Start menu as well as on the Taskbar when you right-click on an icon. 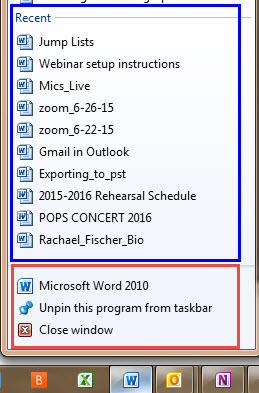 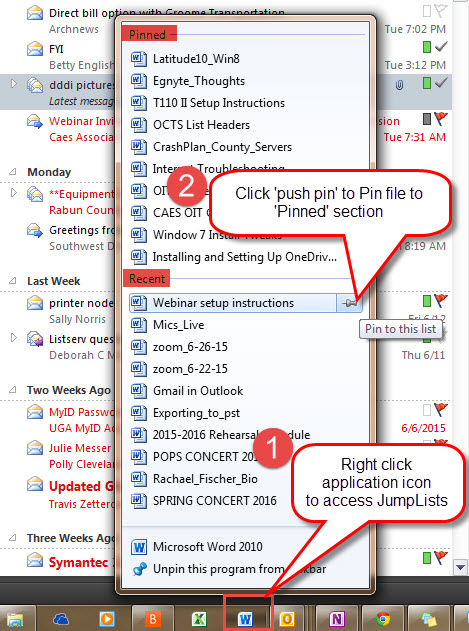 Now when you want to work on that file, you simply Right-Click the Word icon and select the file; no more opening Word, click icon for ‘Open’ or ‘File’ tab then ‘Open’, then navigating to where you have saved your file.

You’ll be finished working on the file before you even get the file open in the ‘traditional’ method.

Jump Lists with Other Applications 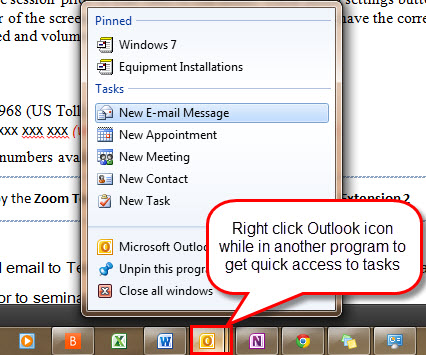 Jump Lists are available with any application that is either pinned to the taskbar or currently running.  Let’s look at Outlook, Figure C.  When you Right-Click the Outlook icon in the taskbar you get options for Tasks that you use all the time, i.e. new email, new appointment, new meeting, new contact, or new task.  So when working on a Word document or visiting web pages, you can quickly do one of the tasks without having to minimize your currently working windows to bring up the Outlook window. 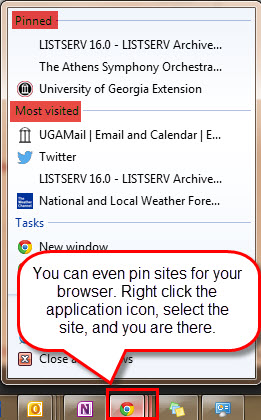 Another extremely useful Jump List is associated with Windows Explorer, the Folder icon located by default in your Taskbar.  You can pin numerous folders to the Jump List so you can quickly access those folders, even folders on a server.  This is such a time saver since you can quickly jump to the folder you need versus a long navigation.  See Figure E 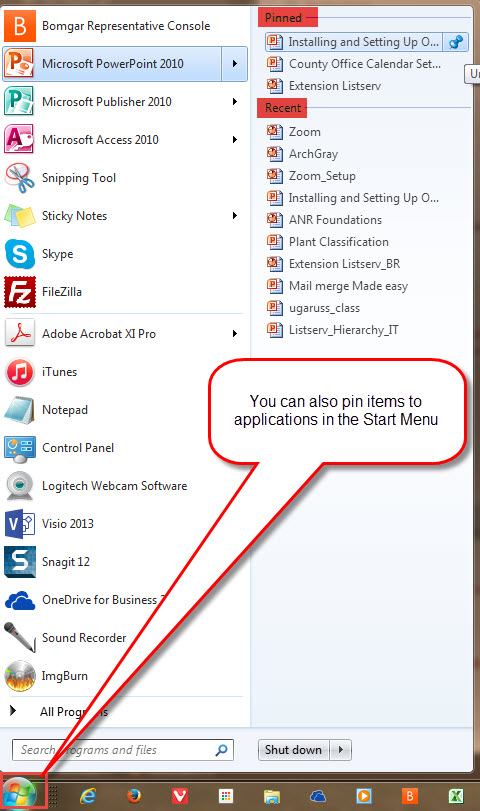 Jump Lists from the Start Menu will appear different, but they function in the same way. See Figure F

As you can see from the examples, I use my Jump Lists all the time; I rarely open a file in the traditional method any longer, and it saves me lots of time, and energy wondering where I stored that file.

I hope you incorporate using Jump Lists in your daily routine as I think you will see the benefits very quickly.